Are You or Someone You Know Being Deported? 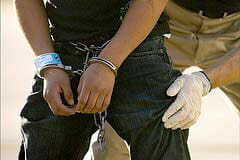 In order for the person who is being deported to request an administrative stay of removal, he or she must fill out Form I-246 (Application for a Stay of Deportation or Removal). It is highly recommended to seek out the help of an immigration attorney to fill out the above form to make sure no mistakes are done and the paperwork is filled immediately.

If a person came into the United States illegally and was caught without any legal paperwork, they will be removed from the country. If they try to request an administrative stay of removal, they will be most likely denied unless they are needed to testify on a criminal case or where deporting them would be considered improper. Now, if a person came into the United States legally and then did something in which the government was forced to deport them, then they would have a higher chance of getting an administrative stay of removal. For example, if the individual came to the United States on a work visa and they overstayed the time that they were granted or if they are the only caretaker of a severely ill family member.

If you are interested in learning more about an administrative stay of removal, contact the Coral Gables – Miami immigration lawyers at Hermanni Law Group for a free initial consultation.

This is not direct legal advice – please contact an immigration lawyer to discuss you specific situation.

Norma Lorenzo, Esq., is the managing partner at Hermanni & Lorenzo Law Group, an Immigration law firm established in Miami since 2008. Ms. Lorenzo has helped hundreds of immigrants with a variety of cases obtain legal status in the United States. She also teaches at Florida International University School of Law.